Rope Assemblies has supplied a range of Doughty kit to the Royal Albert Hall to help improve safety in the performance space. As a duty of care to performers on stage and to ensure that any falls from height are prevented, Doughty designed and fabricated some bespoke handrail braces to make the space as safe as possible.

Ian Redding, technical supervisor at the Royal Albert Hall explained: “While there were no incidents that triggered the need for these rails, our technical team are always striving to ensure that no stone is left unturned when it comes to the safety of our performers, crew and audiences. The challenge was to design and create something that could work for our stage, but at the same time, not to look too intrusive. It also had to be strong enough to withstand the weight of an average person. We had a round, scaffold size connection on the off stage edge but we were using square handrails, produced by Steeldeck on the stage extension pieces. These handrails don’t always fit back in perfectly every time so it was clear that we needed the length of these braces to be adjustable. We discussed this in one of our team weekly meetings and someone mentioned that we should look into getting some Doughty kit. We already have a supply of Doughty arms that will get used to rig lighting and this was something a bit similar.”

Find out more on http://www.etnow.com/news/2019/3/rope-assemblies-works-with-doughty-engineering-on-royal-albert-hall-project 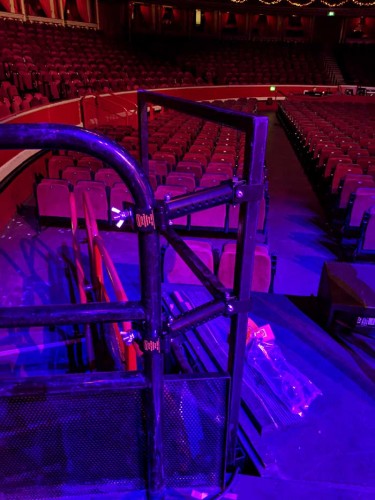 We have recently updated our Kong PPE section to include a new 2019 brochure focused on Kong Rescue. The Kong Rescue brochure provides the very best in product technology for stretchers, lifting devices, evacuation, transport, harnesses, slings and products that will perform in the harshest snow and ice conditions. Please visit the www.ropeassemblies.co.uk/kong-ppe-downloads/ page to see all PDF downloads and contact us for your Kong requirements.

KONG, since the beginning, has always followed strict rules to ensure that each product withstands expected loads, controlling and testing piece by piece. This means that when Kong design a new item, they build a prototype and have it tested by a notified body that verifies compliance with the standards. They then put it into production with the absolute guarantee that the millionth piece is identical to the first piece produced. This also applies to the production of carry over products. 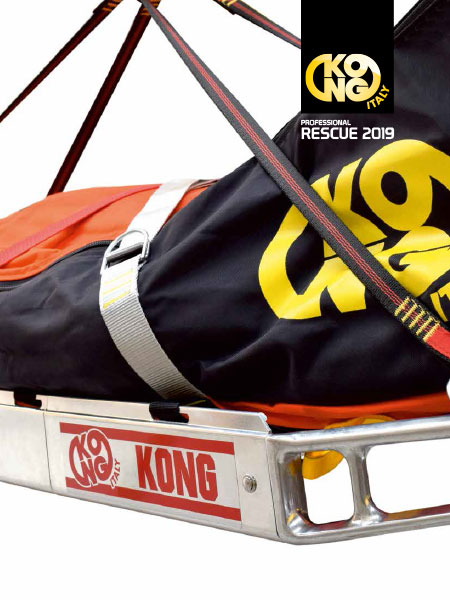 We have been shortlisted for 3 awards at the North Notts Business Awards – Employer of the Year, Employee of the Year (Dan Amendola our Stores Supervisor) and Excellence in Manufacturing. The event takes place on 15th March 2019 we are all looking forward to taking part. The Business Awards embrace all sectors of the business community. Together we celebrate the brightest stars of the North Notts region, highlighting the expertise, achievements and outstanding contribution that these businesses and individuals make to the local economy and to this amazing emerging business region as a whole.

The Awards Ceremony will take place on Friday, 15th March 2019 at the North Notts Arena. 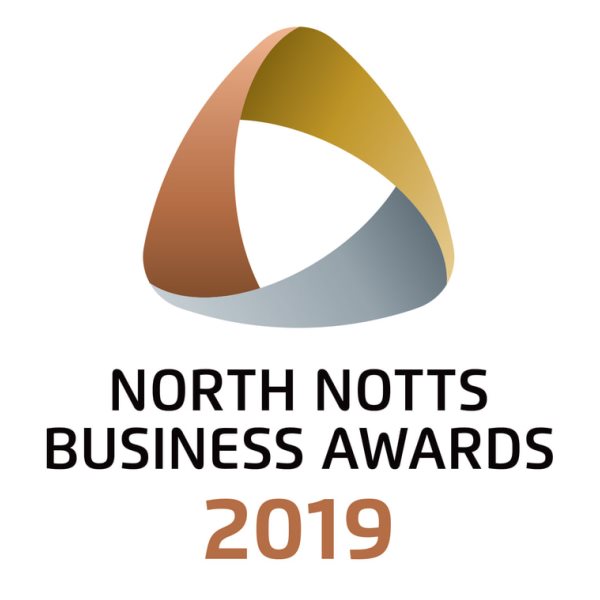 Happy New Year to all our customers. We look forward to working with you all in 2019 and as a Thank You we are giving 5% off all orders placed before 31st Jan just quote RALNY19 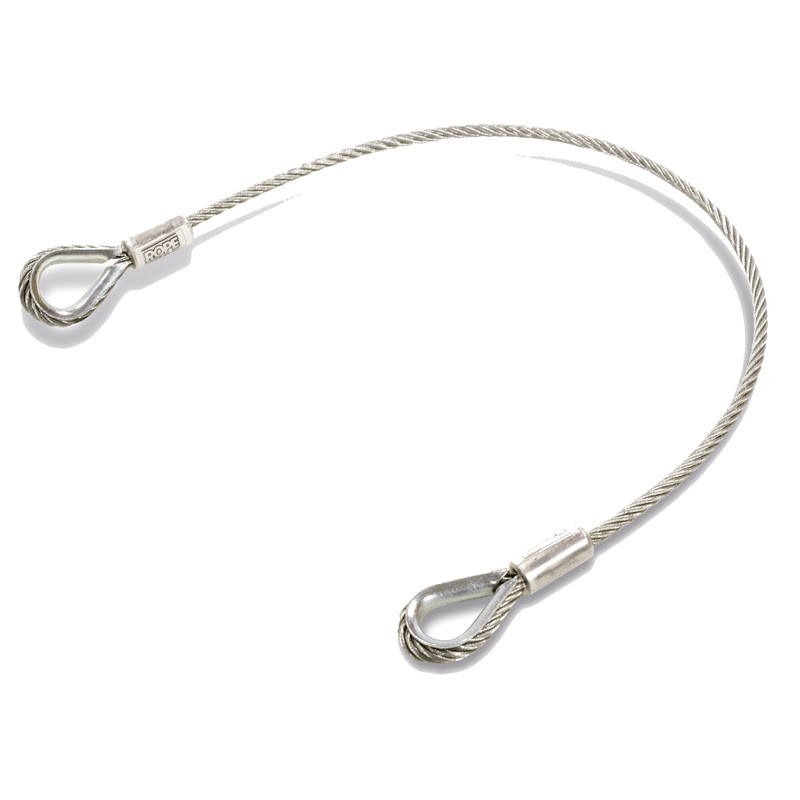 We have recently updated our company video presentation which can be found on our website here or on our YouTube channel here. Our experienced and knowledgeable Sales Team are available to discuss technical issues and offer safety advice to ensure that all customers receive the best product for their requirements. We supply many markets which include Construction, Architecture, Theatre, Entertainment, Transport, Energy, Oil, Gas and General Engineering applications. 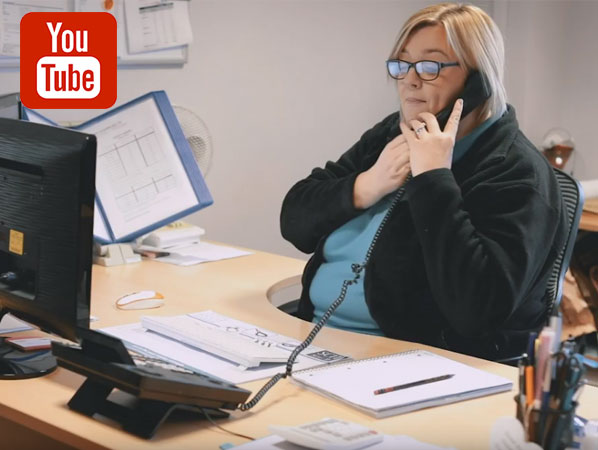 Merry Christmas from all of us @ Rope Assemblies many thanks for your custom throughout 2018 and we look forwards to working with you in 2019. Please note our offices will close for the Christmas break on Friday 21st December and Reopen Wednesday 2nd January 🌲🌲🌲⛄️☃️☃️ 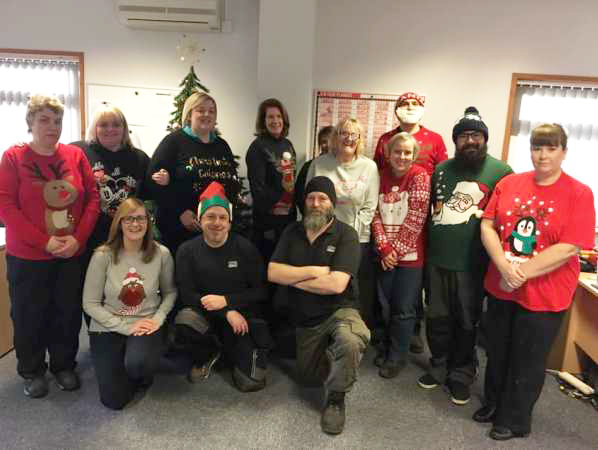 December 2018 – Don’t Miss Out On Our Christmas Gift

Don’t miss out! Be one of the first 200 customers to place your order in December and receive a little Christmas Gift  to say thank you from all of us at Rope Assemblies Ltd. At this time of the year when your budgets are starting to get a little tight why not bag yourselves a bargain.  Take a look at all the additional items that we have available on our special offers page by clicking the link here. Be quick as they won’t last long at these prices! 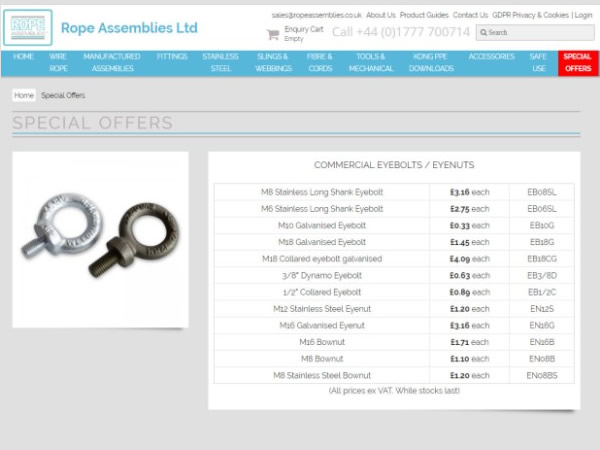 Rope Assemblies has worked with Castleford Heritage Trust to create a safe footbridge at Castleford’s Queen’s Mill – part of a major restoration project to restore the historic building.

Sitting on the banks of the River Aire, Queen’s Mill was once thought to be the largest stone grinding mill in the world. According to the West Yorkshire Archaeological Society there has been a working mill by the River Aire as far back as Roman times. During medieval times the mills were used mainly for milling wheat, and they continue to do so.

Now looked after by the Castleford Heritage Trust, visitors are invited to explore the mill during special open days throughout the year where members from the trust will be on hand to share the history of the mill and answer any questions. It is also used as a venue for local events.

One such event, the Castleford Beer Festival took place last month – a community event drawing in the crowds with musical art, food and of course beer. However James Knowles, project manager at Castleford Heritage Trust explained: “The venue was all ready for the festival which was set to attract over 1000 visitors. However we had an issue with the function room – it only has one emergency escape and so we had to install a bridge so that, should visitors be required to leave the building in an emergency, they could do so safely. Without the bridge, we would not have been able to use the room.”

Thanks to a recommendation from a rigging company working on the project, James got in touch with Linda Martin at Rope Assemblies who, along with Joanne in the sales team, advised on the right product for the job and sent out some samples. She explained: “For a job like this we recommended 5mm stainless steel assemblies, with M10 Swage Studs on either side. Not only is it aesthetically pleasing but it is hardwearing and a better solution than galvanised items as it stands up to the elements much better. James was delighted with the samples and so placed an order for over 107 metres.”

Just last month the Rope Assemblies’ sales team received a special commendation at the LEEA Awards for their customer service and Linda receiving a ‘Manager of the Year’ commendation – both for ‘setting an exemplary standard within the lifting industry’, and James can see why.
“Rope Assemblies were amazing at turning around our request and delivering the order in a matter of days. The wires are great – rated to 300kg each, they’re more than adequate to act as a safety barrier underneath the handrail to ensure that no one could fall through the structure,” James said.

He concluded: “The Rope Assemblies team were brilliant to work with – if you’re ever unsure about something, they explain it all in layman’s terms how it all works and advise on everything from the diameter of the wires your require to how you’d terminate it. Time and cost were an issue on this project and they came up with an effective solution that meant we met our extremely tight budget and to deadline – making our first large event a resounding success.” 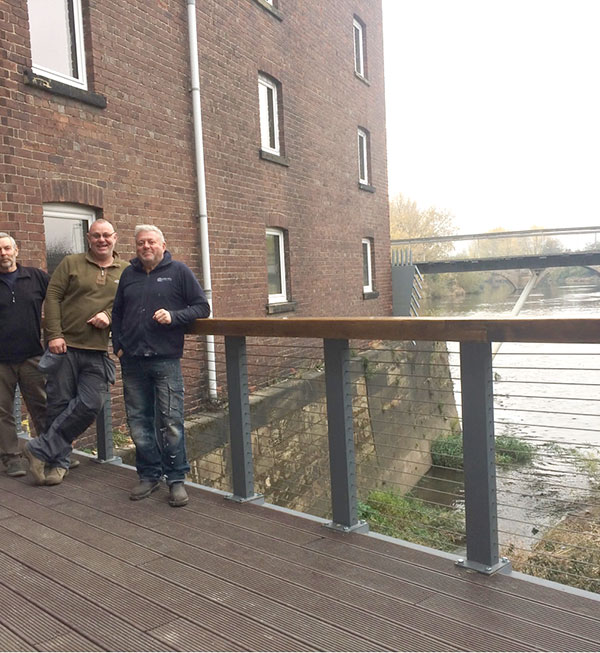 October Offer – It will soon be Pantomime Season again ‘Oh yes it will’ ! FREE Standard Next Day Delivery (UK mainland only) on all orders over £200 (exc VAT) Place your order with Rope Assemblies Ltd between 12th October – 9th November 2018 quoting code Panto18 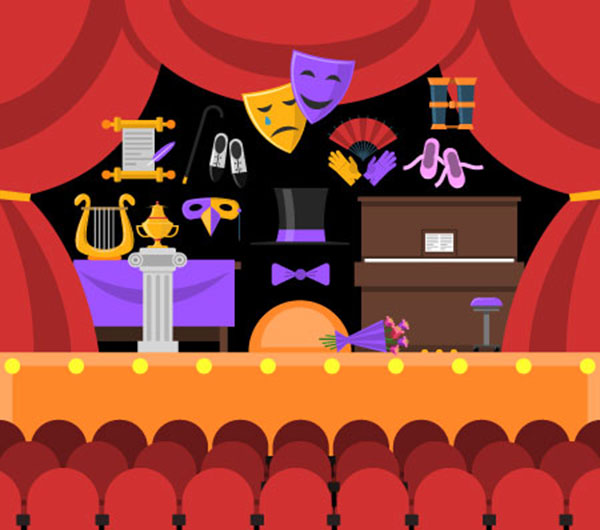 Rope Assemblies Ltd put a team together called RALS&PALS and completed the 8.5k Long memory walk on Sunday 7th Oct all in the aid of the Alzheimer’s Society at Clumber Park, between them they raised over £600 – Lynnies 6 year old son Henri also completed the long walk without any complaints, well done to all that took part.

Rope Assemblies Ltd recently held a Macmillan world’s biggest coffee morning where nearly £100 was raised for the charity, it was held in memory of Ailene Brown (Linda’s Mum) & Nick Simms (Sharron’s Husband) and for anyone else that has been touched by this horrible illness, let’s hope more charity events like this will one day put cancer into the history books and remove it from the present and for all our future generations to come, thank you to all that donated. 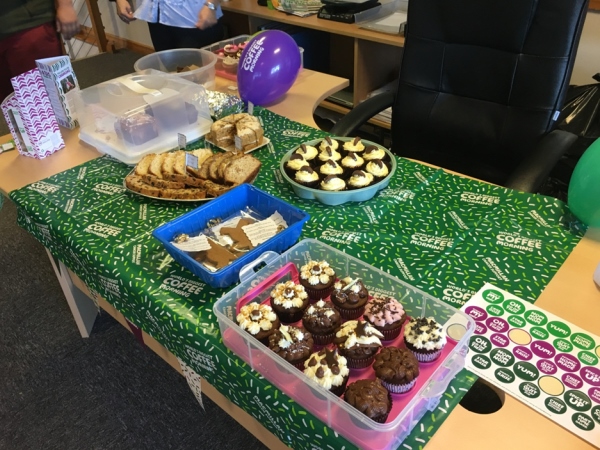